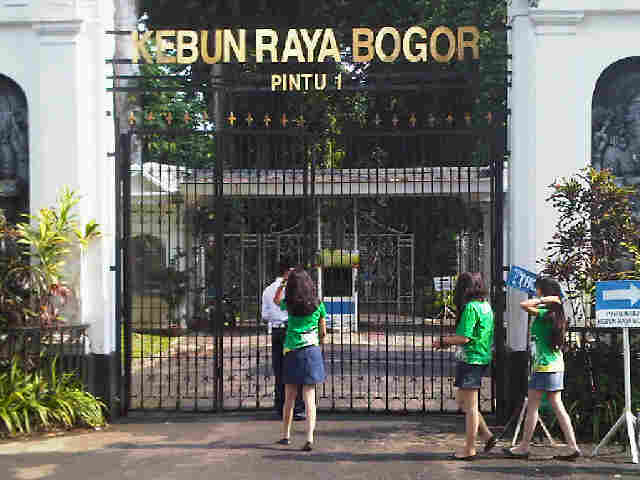 Bogor Botanical Gardens, today is one of the important destination, together with Bogor Palace. The garden is an important part of Bogor city providing not only employment but a large recreational area for local residents, visitors from Jakarta and many passing tourists.

Dating back to Dutch colonial era, Bogor Botanical Gardens was build by Java's Dutch Governor-General Gustaaf Willem, Baron van Imhoff who was governor of Java at the time. The extensive grounds of the presidential palace were converted into the gardens by the German-born Dutch botanist, Professor Casper George Carl Reinwardt.

The gardens officially opened in 1817 as 's Lands Plantentuin ('National Botanical Garden') and were used to research and develop plants and seeds from other parts of the Indonesian archipelago for cultivation during the 19th century. This is a tradition that continues today and contributes to the garden's reputation as a major center for botanical research.

Bogor Botanical Gardens now kept more than 15.000 species of trees and plants located among streams and lotus ponds. There are 400 types of exceptional palms to be found along the extensive lawns and avenues, helping the gardens create a refuge for more than 50 different varieties of birds and for groups of bats roosting high in the trees. The bats can be easily detected by the noise they make while competing for space under the canopies. The orchid houses contain some 3000 varieties.

One of the main attraction in Bogor Botanical Gardens is Bunga bangkai (Amorphophalus titanum) because its has a stinging smell when blomming. This flower can reach 2m tall and is the compound interest on the world's largest plants. Next, the oldest palm trees in Southeast Asia are still alive today.

Bogor Botanical Gardens open daily from 8 am until 5 pm. Admission fee less than one dolar. There are some facilities in the park, from museums, library, until guess house. There are three routes for exploring the park.

In first route, in the Kenari street, there are kenari trees (Canarium commune) planted by Johannes Elias Teysmann in 1832. After that, there is a Lady Raffles Monument. This monument was created for honouring Lady Olivia Mariamne Raffles, wife of Thomas Stamford Rraffles, Governor of Java in 1811-1816 who death in 1814 due to malaria. On this route visitors can see the magnificent Bogor Palace surrounded with kolam Gunting (literally translated as scissors pond) with beautifull lotus. Across the pond was the oldest trees in the Bogor Botanical Gardens planted in 1823. Namely, the tree Litchi lychees or special chinenis imported from China.

In the second route, visitor will greeted by beautiful scenery in and arround cafe Botanicus. Commonly, visitor choose this place for take a rest for a while.

In the third route, it is a right place for orchid lovers. In 1977, first lady Siti Hartinah Soeharto, wife of former President Suharto to fund it greenhouse specifically for the collection of wild orchids found in Indonesia.